Stephen Yoder
Stark Truss President Stephen Yoder graduated from RHEMA Bible Training Center in Tulsa, Oklahoma in 1989. He went on to earn a degree in Associate of Applied Business and Accounting Technology from Stark State College, right around the corner from Stark Truss headquarters in Canton, Ohio. Steve is also the president of the Ohio Chapter of the Wood Truss Council of America and on the Board of Directors of Kenneth Hagin Ministries in Broken Arrow, Oklahoma and Turnaround Community Outreach in Canton. He is also on the Building Advisory Board of Faith Family Chuch in Canton, Ohio and a member of the Stark State Alumni Advisory Council.

Javan Yoder
Stark Truss Executive Vice President Javan Yoder graduated from RHEMA Bible Training Center in 1987, two years before his brother Stephen. He also attended Akron University and has been a member of the Stark Truss team since 1982. Javan is involved with an organization called JumpStart, a coalition focused on preparing youth for future life-long success through improved financial literacy.

Todd Pallotta
Stark Truss Vice President of Operations Todd Pallotta graduated from DePauw University with a degree in Economics and Management in 1989. Todd, his wife, Allison, and four children Alexandria, Jake, Jaret and Lauren, are members of Rivertree Christian Church in Massillon, Ohio. Todd gives back to the community as a volunteer coach for youth football, basketball, and baseball teams in the area.

Mark Taylor
Stark Truss Chief Financial Officer graduated from Grove City College with an Accounting degree in 1984 and an MBA from Case Western Reserve University in 1995 and has passed the CPA exam requirements. Mark, his wife, and three children live in North Canton, Ohio. Mark has enjoyed coaching his children on various youth sports teams throughout the years. 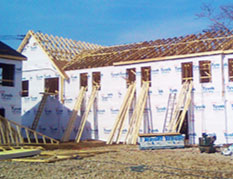 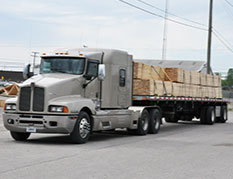